Another name of the Island peak is Imja Tse, a mountain in the eastern part of Nepal. The peak lies inside the Sagarmatha National Park in the Solu Khumbu district.

The mountain appeared like an island in the sea of ice when viewed from Dingboche. So, the name Island peak was given to it in 1953 by the members of the.

But later, in 1983, the name changed to Imja Tse, but many know the mountain by Island peak. The group from the British expedition climbed the southwest summit in 1953 as a training exercise.

While Hans- Rudolf Von Guten plus two unknown sherpa climbed the main summit in 1956. The Island peak resides at the height of 6189 m above sea level. You need entry permits to finish the expedition.

Climbing this peak is a lofty challenge, and many people fail to reach the summit. Most people class Imja Tse as a trekking peak, but you do need mountaineering experience for a safe and successful climb.

Altitude sickness is a difficulty faced when climbing the Island peak. Other than that, there are also chances of falling in the crevasse. So, during these times, helicopter rescue from Island peak is possible.

Helicopter Evacuation is the fastest way to fly the patient to safety. The rescuers are always in an alert position so, they immediately come to your rescue after a call.

The rescuers will fly you to nearby hospitals or medical centers. But if the condition is severe, then they will immediately fly you back to the capital. During emergencies, they even land near the hospital.

The people in this operation are highly qualified and have long years of experience in this field. After rescuing, they will quickly take the necessary measures to keep you at ease.

Everest Region
Dingboche is a Sherpa village in the northeastern part of Nepal in the Khumbu region. The beautiful town resides at an altitude of 4140 m/...
View Details
Available through out the year:

Everest Region
Pheriche is a beautiful village located at an altitude of 4,371 m (14,340 ft). It is a popular stopover point for trekkers making their way...
View Details
Available through out the year:

Everest Region
Kothe (3600m) is a scenic settlement located in the Hinku valley of the Everest region. The natural landscapes and breathtaking views of snow-capped mountains are...
View Details
Available through out the year: 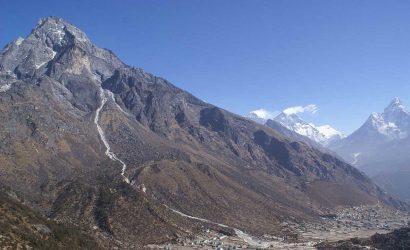 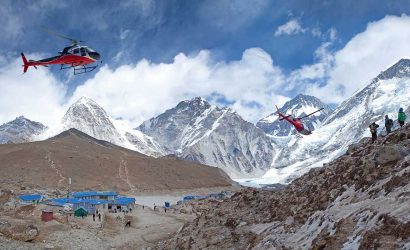 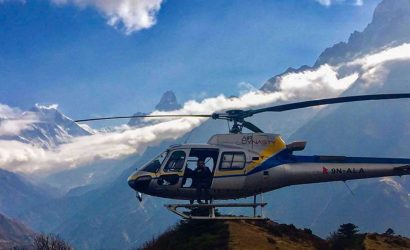 Helicopter Charter From Lukla to Syangboche 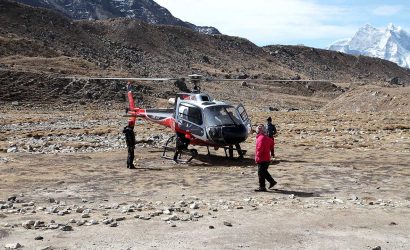 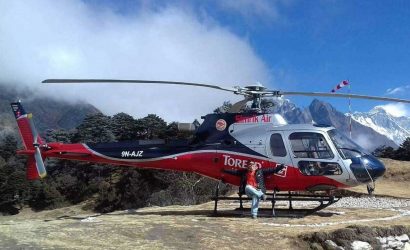 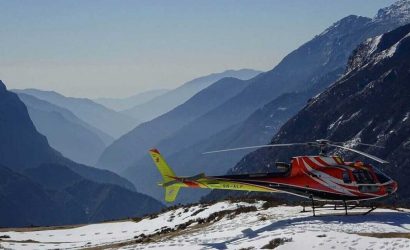